In exploring the art of approachability, read this story to get in the mood. 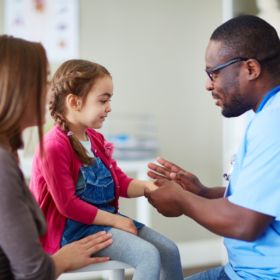 After recording hundreds of conversations between a group of physicians and their patients, researcher Dr Wendy Levinson found some interesting results. Half the doctors had never been sued while the other half had been sued at least twice. But there was no major difference in their skills or in the information they gave their patients.

Want to know what was going on? Then stick with this!

There is no escaping it. Relationships are central to everything we do. We have all heard the adage: it’s not what you know, but who you know. It is just as true once you are employed as when you are pursuing a job. That is because success is not just about getting the job done at work; it is also based on how well you cultivate your relationships with your colleagues.

Connections with others largely inform who we are and what we do, which means that anyone who believes that relationships at work are not worth the time is sadly mistaken. Studies have shown that many senior managers fail not because they are incompetent but because they do not create (and maintain) happy, healthy relationships with their staff.

Think of someone who left your workplace, by choice or not and you will find it very likely that the reason for their departure was that they had difficulty dealing with others.

Evidence of this common deficit is not hard to find. The sports comedy film Dodgeball explores how a team of underdogs belonging to a small neighbourhood gym – Average Joe’s, owned by Peter LaFleur (Vince Vaughn) – stands up to the corporate bullying of bad guy White Goodman (Ben Stiller), owner of competing big-budget Globo-Gym.

Despite having the advantage of being in top physical shape, the Globo-Gym team lack cohesiveness and a close bond. And because of their absent relationship ties, they lose to the Average Joes, a close-knit team that taps into strong interpersonal relationships to achieve victory.

STOP BEING A LONER

Being approachable means that you need to become more sociable and less of a loner.

It is easy to spot a loner. They tend to ignore other people because they are so wrapped up in their world. And even though they might be hard workers, their perceived distance from others keeps them isolated, raises suspicion among other people, and can cause them to be seen in a negative light.

This kind of segregation can lead to failure and missed opportunities, just like what happened to American poet Emily Dickinson. She was not able to enjoy well-deserved kudos for her work because she was an extreme introvert who in later years seldom greeted guests or even left her room. As a result of this reclusiveness, thousands of her poems were only found and published after her death – leading to posthumous success and fame.

Being approachable also requires that you overcome shyness.

What situations, if any, cause you to be shy? Why is this?

At one point or another, we have all felt the debilitating effects of clammy hands, a dry throat and a loss of words when shyness takes grip. Sometimes a lack of confidence and anxiety over how others perceive us compels less outgoing people to take a backseat, which results in louder people stealing the show.

This can be a huge disadvantage in the workplace. So rather than hiding in the wings, we should take centre stage with these two straightforward steps towards overcoming shyness:

Who would have guessed that American actor, producer, writer and director Tom Hanks was once a wallflower? The award-winning star describes himself as having been an extremely reserved child who was unpopular with students and teachers alike, and who struggled to make friends. “I was a geek,” he told Rolling Stone Magazine, “I was horribly, painfully, terribly shy.”

When he was young, Hanks had to contend with his parent’s divorce and subsequent remarriages, which meant sharing attention with his siblings and step-siblings as well as frequently moving between schools. But despite all this, he managed to turn his shyness around and become one of Hollywood’s most successful performers.

Of course, some groups may be harder to approach than others.

Are you the centre of attention around your friends but inclined to fade into the background when seated in an executive meeting? Then you are one of many who are characterised by selective approachability. Your confidence around others and willingness to join conversations may be affected by such factors as race, gender, background, style or how familiar you are with your audience. 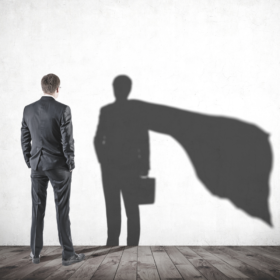 Take Clark Kent as a prime example of selective approachability. Extremely shy and awkward around his female co-workers, Kent’s alter-ego Superman is confident, outgoing and powerful. In his costumed guise, he manages to save the world (many times over) and get the girl!

If you can relate, then there’s hope! Since you can feel comfortable in certain social situations, all you have to do is apply the same formula for engagement where you feel less at ease. Because all people are essentially alike, the smooth flow of words you use around your peers can come just as easily as when you’re in the company of those you feel intimidated by or do not know.

Remember that the principles of approachability can be applied to any social situation, no matter who you are dealing with.

So, why were some doctors in researcher Dr Wendy Levinson’s studies getting sued by their patients while others were not?

Well, it turns out the doctors who had never been sued spent just over three minutes longer with each patient compared to the doctors who had been sued. They were also more likely to start the conversation by explaining what would happen in the check-up, practise active listening and even show humour.

In other words, the doctors who were not sued were not smarter or better than the others; they just happened to be more approachable!